Here are the key reasons why they’re saying good riddance to a bad system:

Ready for a Change?

If your organization is fed up with a limited, restrictive, inflexible and excessively costly premise-based PBX system, then contact the DigitalPhone.io team today. We’ll take you on a live guided tour of our advanced, cost-effective and feature-rich hosted VoIP phone system. Your consultation with us is free, and our experts will gladly answer all of your questions. Our experience is your advantage!

When it comes to making wise investments, organizations need to borrow a page from the consumer playbook and “get the most for the least.” This doesn’t necessarily mean getting the cheapest price. It simply means that businesses need to assess their needs, conduct marketplace research, evaluate potential solutions, and select the one that delivers the most long-term value.

However, just like consumers, sometimes businesses can mistakenly head in the other direction: getting the least for the most. And since this unfortunate fact doesn’t come to light until after a purchase decision is made, businesses in this situation are forced to absorb the excess costs or purchase a replacement. Either way, it’s costly, time consuming, risky and frustrating.

Here’s what the above has to do with business VoIP phone systems. Some businesses are led to believe that they’ll get the most for the least by purchasing a low cost in-house PBX system, and then purchasing relatively inexpensive SIP trunks (these are telephone line trunks delivered over IP using the SIP protocol, and are necessary for an in-house PBX system to function).

Yet, like some ideas that sound good in theory, this is typically NOT a wise money-saving strategy. Here are the key reasons why:

One of the primary cost advantages of a VoIP phone system vs. a conventional landline hosted system is that businesses can use a single voice/data network vs. purchase separate networks.

However, this is often not the case when using an on-premise PBX with SIP trunking. To prevent data network degradation— and angry end users — many businesses are obliged to purchase a separate internet connection. This can cost anywhere from hundreds to thousands of dollars a year, depending on the number of users.

It goes without saying that a VoIP phone system will only generate efficiencies and advantages if people use it! However, end user training isn’t included in the on-site PBX+SIP trunking strategy. Businesses must purchase this separately from a consultant or telecommunications firm.

However, this isn’t a cost category with hosted VoIP phone systems. Training is included in the package, because a phone system that isn’t being used properly and fully isn’t an asset — it’s a liability.

Perhaps the only thing worse than having unhappy IT staff, is paying for unhappy IT staff. Yet that’s the scenario that many businesses face with on-site PBX+SIP trunking, because instead of completing the tasks in their job description, IT staff are bogged down and held back by endless support requests, software upgrades, configurations, and so on.

As such, businesses must pay higher labor costs (i.e. their IT staff is less productive and/or they must hire additional IT staff), or they must purchase a pricey maintenance contract.

With a hosted VoIP phone system, all support — including handling end user inquiries and performing system upgrades/updates — are covered by the off-site Solutions Provider. And since hosted VoIP phone system deployments use managed routers, many system configurations and changes can be made remotely when the business is closed.

On-site PBX systems need greater computing power, both for regular operation and for cooling. They also need larger uninterrupted power supply (UPS) units to run the system in the event of a power outage. This translates into hundreds or thousands of dollars a year in additional electricity costs.

With a hosted VoIP phone system, power requirements are minimal. Only Power over Ethernet (PoE) switches and modems/routers need power, along with a relatively smaller network of uninterrupted power supply units.

When businesses do the math and add up all of the costs of ownership — both direct and indirect — they typically arrive at a surprising conclusion: the money they expected to save by going with on-site PBX+SIP trunking is not just offset by the added expense, but eliminated. In other words: they would have achieved their goal of “getting more for less” by choosing a hosted VoIP phone system from day one!

To learn more about your options, and to get a clear and accurate understanding of the REAL costs of on-premise PBX+SIP trunking, contact the DigitalPhone.io team today at (336) 560-4400. Your consultation with us is free. 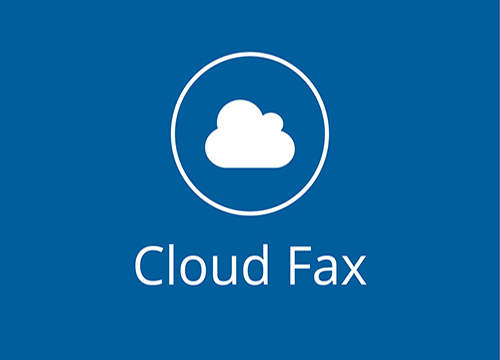 A few decades ago, fax machines roamed freely on the business landscape: and it was good. Actually, it was groundbreaking. The idea of transmitting an exact facsimile of a document to anyone in the world — and within a matter of seconds — was incredible. Indeed, if you build a time machine and head back to circa 1988, you’ll be greeted by an orchestra of screeching fax machines (don’t worry, it’s a screech of joy, not of pain).

Well, here we are about to enter the third decade of the 21st century, and traditional fax machines are few and far between. In fact, some millennial doctors have no idea what to do with this ancient technology. But does this mean faxing is dead? Not at all!

On the contrary, faxing is alive and well. But like many other technologies, it has elevated to the cloud where it is enjoying a dynamic new lease on life. Here are 5 reasons why organizations are embracing cloud faxing — and why yours might want to join them:

Doctors, pharmacists, lawyers and many other professionals are using cloud faxing because it’s more secure. This is because unlike scanning and attaching a document to an email, faxing converts a document into base64 binary at its source, sends it through the Public Switched Telephone Network (PSTN), and then reassembles it at the other end. In addition, faxed documents are stored in a secure off-site data center.

Office space is expensive — especially in premium locations. A conventional fax machine requires sufficient space to ensure safe and proper usage (and keep supplies nearby, like paper, ink, etc.). This is a non-issue with cloud faxing. It’s 100% virtual, and doesn’t take up any space.

Cloud faxing is available to employees whenever they want, and from where they’re working. They don’t have to wait to get back to the office, and they don’t have to wait in line or hike across the building. They can simply launch any internet-connected computer, laptop, desktop or smartphone, and send/receive faxes. They can also schedule faxes to be sent at a future date/time, and email faxes to colleagues or any other part (the receiving party doesn’t need to have cloud faxing — they will simply get an email with a PDF attachment).

Conventional fax machines are pricey to buy and maintain, and organizations need a dedicated line or switch — which adds to the cost. On the other hand, cloud faxing is extremely cost effective. There are no usage or long distance fees, nor is there a need to purchase new phone lines or upgrading existing ones.

What’s more, organizations with remote workers who need to send/receive faxes don’t have to equip them with fax machines. They simply provide them with cloud faxing, and save hundreds or thousands of dollars per year.

Readers of a certain vintage may recall that generating reports with conventional fax machines was — and remains — manually intensive and quite tedious. Cloud faxing completely changes this for the better. At any time and from anywhere, authorized users (e.g. managers) can simply login to review fax history, usage details, and other data.

Are you ready to switch to cloud faxing — and reap all of the rewards above? Then call DigitalPhone.io today at (336) 560-4400. Your consultation with us is free.

In Greensboro, North Carolina you can get a VOIP Hosted PBX Internet telephone service that is state-of-the-art technology for your business. Hosted PBX VoIP internet phone services allows you to keep your local Winston-Salem number. And new numbers anywhere in North Carolina are available for immediate activation. Now available at a great savings for any size business. Our broadband VoIP (Voice over internet protocol) is instant, reliable, and there for you considering the calling features you have appreciated previously. Hosted PBX VoIP plans in North Carolina are available at a great value and will save your business a lot. Call us right now (336) 544-4000 and we shall show you exactly why so many of your respective businesses are switching to hosted PBX platform.